This web page summarizes a list of IEEE papers published by researchers in Japan.

Motivated by my interests in the transition of research topics in ubiquitous computing, I created word clouds of the international conference called "UbiComp" between 2001 and 2015. 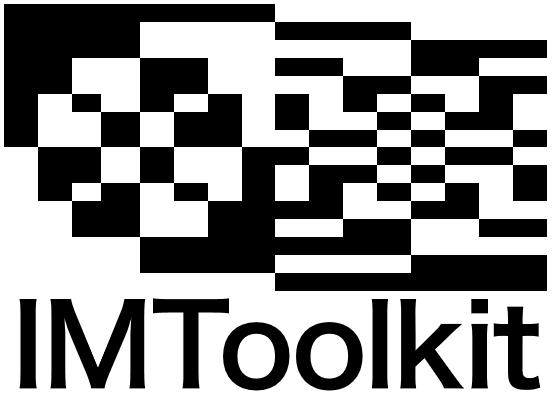 IMToolkit, an open-source index modulation (IM) toolkit, attempts to facilitate reproducible research in wireless communications. The major advantages of this toolkit are highlighted as follows: (1) it accelerates bit error ratio and average mutual information simulations by relying on a state-of-the-art Nvidia GPU and massively parallel algorithms. (2) It also supports the representative multiplexing schemes for ideal MIMO and OFDM scenarios, in addition to the IM family. (3) It contains a comprehensive database of designed active indices, that determine the achievable performance of the generalized spatial modulation or the subcarrier-index modulation.

This is a web service that collects GPS-based moving histories of students who have studied in foreign countries. The collected trajectories are drawn in a 3D globe to visualize the students' activities. I created this service to promote students in Japan to study overseas and was motivated by my personal passion. I was responsible for the implementation of this system in its entirety.

This is an extension for the Chrome web browser that allows the user to edit videos uploaded to video-sharing websites such as YouTube and Niconico. A video's sound can be adjusted, the user can skip particular frames, and sound effects can be added. One can also overwrite any edits made by other users and check the history of these edits with a directed graph user interface (UI). A website aggregating the latest edits also lets one see a range of new work from other users. As a research assistant at Meiji University, I was responsible for the implementation of this system in its entirety. After releasing version 1.3, I handed over the development of this extension to another member of our group.

This is a piece of software for Windows that works with TvRock to automatically record any television program. It features a web UI similar to that used on video-sharing websites, and users can search for and browse programs automatically recorded by this system. I released it on GitHub as an open-source project. As a research assistant for the Igarashi design UI project, I was responsible for the implementation of this system in its entirety.

This is an Android application designed to allow easy viewing of the Tokyo University of Agriculture and Technology's online bulletin board system, which was originally not suitable for viewing on mobile devices. As part of my extracurricular group activities, I was responsible for the planning and implementation of this application. I successfully completed and published it with the aid of funding from a university program supporting student activities.

This is a middleware that enables users to harmonize the connection between Android devices via Wi-Fi Direct. It automatically manages peer devices and multi-hopping data transfer, which creates a basic platform for application development to sync multiple Android devices. Three sample projects using this middleware are also available: an anonymous chat application, a utility that shares implicit intents, and a real-time streaming application of a device's camera images. I created this middleware as part of my university course.

This project aimed at “turning Roppongi into a movie theater,” and let users enjoy augmented reality footage while walking. NomadicCinema was a joint project of the Graduate School of Media Design at Keio University and the 25th Tokyo International Film Festival. I was responsible for the implementation of the Android application. This project employed the augmented reality (AR) technique to create an image of an invisible item buried in the ground, created a simulated phone call from a film played on screen and played back spot footage with Wi-Fi received signal strength indication.

This system is designed to effectively broadcast the vast amount of movie and music content we encounter in our daily lives. The system automatically creates a user-specific timeline of the content, which is usually inserted into free time within a user's schedule. I completed implementation of a lightweight UI with the aid of the new features available in Android 4.0 (Ice Cream Sandwich). As a research assistant for the Igarashi design UI project, I was responsible for the implementation of this system in its entirety.

This web application lets users virtually explore the Koganei campus of Tokyo University of Agriculture and Technology, where the university's engineering department is located. As part of my extracurricular group activities, I was responsible for the implementation of this system. I completed and published it with the aid of funding from a university program supporting student activities. This application is linked from the university's official website.

This tiny script allows you to use emacs-like key bindings on Windows.